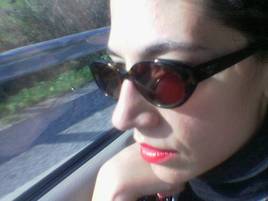 Μαριλένα Τριανταφυλλίδου
Marilena Triantafyllidou is an actress, director and singing teacher.
As an actress she has worked professionally in Greece and abroad (Toihaus Theater, Austria). Some of the performances she has played in are plays by Aristophanes, Dostoiyevsky, Enkvist and Strindberg.
She is the founding member of two theatre companies, Etho and Artika. Having worked for a period of 11 years with Artika Theatre Company as an actor, director, dramaturge and artistic director of the company, her goal and desire in making theater for the very young ages is to create a spectacle that can be absorbed by the special psychosynthesis of the children of this age and to bring them in contact with theatre and art, an art positive, free and poetic.
She has sung in various concerts and venues (International Artistic Center Athenaeum, music stage G. Fakanas, music stage Rythmos) and has been teaching modern singing since 2004. It is about a journey of inexhaustible exploration and perpetual discoveries.
Since October 2017, she has resumed, along with the actress and singer Daphne Kammenou, the project of creating a children’s choir at the 15th Athens Grammer School.
She has studied acting at Nelly Karra’s Higher Drama School “Archie”, Phonetics for Modern Singing at the Athenaeum Maria Kallas Conservatory from where she graduated with honours, and Advanced Studies in Music Theory at Orfeio Conservatory from where she also graduated with honours. She has also taken courses in jazz improvisation and piano, classical singing and has attended several workshops on relaxation and voice techniques. Recently, she started her education on Integrated Voice Therapy, a method for voice therapy.
She is also a member of the Hellenic Actors Union (2008) and of the Hellenic Centre of the International Theatre Institute (2010).
Finally, she is also a graduate with distinction in Computer Information Systems from the American College of Greece.
She speaks English and French and dances Argentinean tango.
Κατερίνα Αλεξάκη
Katerina Alexaki is a theatre director and performer. She is also the co founder of Artika Theater Company, a non profit cultural and educational organization based in Athens, Greece and a member of Eclipses Group Theatre New York.
Her diverse credits as a theatre director includes contemporary plays, musicals, performance and theatre for very small children. Her productions has been staged in New York at the Wild Project and Hellenic Cultural Centre and in Athens at the National Theatre of Greece, Musical Stage Athena, Booze, Artika, Kinky Kong, Studio Mavromihali and in Between the Seas Festival (New York), Isfahan International Theatre Festival (Iran) and International Theatre Festival for Children (Romania).

As a performer she participated in productions of ancient drama as well as modern authors and collaborated with numerous Greek and New York based directors.  She performed in Epidaurus Theatre, Herodion Theatre, National Theatre of Greece, La MaMa ETC, Alwan Center for the Arts, Queens College Little Theater, Hellenic Cultural Center και Arthur Seelen Theatre in New York, among others.
As a vocalist she appeared in various music scenes in Athens as well as in New York and she was a member of the new age group Iris. With Iris she recorded three cds.
She works as a teacher in the Academy of Hellenic Paideia in Astoria, NY and she also created the program Ta paidia Paizei Mommy and me classes in Greek language, for ages 0-3.
She is obtaining her BA in theatre from Queens College, CUNY in 2018. She is also a theatre graduate from the National Theatre οf Greece and Arhi Drama School. She has studied piano and singing at the National Conservatory of Athens and  Atheneum conservatory. She is a photography graduate from the Akto College and she also has studied interior architecture and design at Plaka Arts Centre.
A proud mother of twin girls, lives in New York and in Athens, Greece 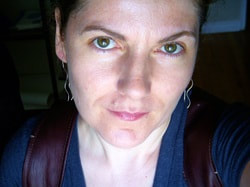 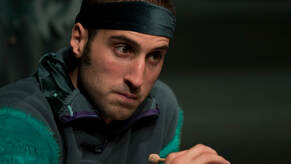 Vasilis Kazis is an actor, musician composer and songwriter. He has given many live concerts around Greece as a guitarist and a singer and he has composed the music for various theatrical performances.
He is a member of Artika Theatre Company since 2014 when he first wrote the music for the performance ‘Goodnight Day’. For the last two years he is performing as a musician, actor and composer at one of the latest performances of Artika called “Something like a garden”.

Kleoniki Karachaliou was born in Athens in 1981. She studied acting in Nelly Karra’s Dramatic School and Indian classic dance in Greece, France and India. As an actress, she has collaborated with the National Theatre, the “Labeti” Theatre, the Megaron Concert Hall, the “Morfes Ekfrasis” Theatre, and the “Mavromichali Studio” Theatre. During the last two years she is a member of the Artika company, performing in theatrical acts for infants.
​She attended seminars regarding educational drama and music-movement education with Dimitris Adam (director) and Eleni Karagiorgi (actress and director), the Orff Approach with Thomas Kindinis (actor and director) and Maria Filianou (musician, at the National Conservatoire in Nea Smirni). Furthermore, she attended dance courses regarding dance for infants with Vitoria Kotsalou (dancer and choreographer).
She teaches educational drama and music-movement education at “Morfes Ekfrasis” Theatre/Company (2007-2014), “Athenaeum Conservatoire” (2014-2016), Lia Delimichali’s foreign languages school in Salamina (2014-today), “Filarakia” pre-school (2015-today) and at “Happy Mornings” pre-school (2016-today). Besides, she is Indian dance instructor at “Artistic Studio Oriental Expression” (2014-today) and at “Ayurveda Hellas Centre” (2017-today). 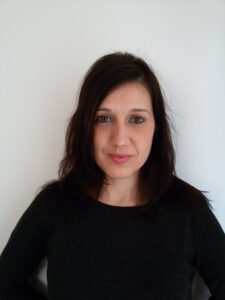 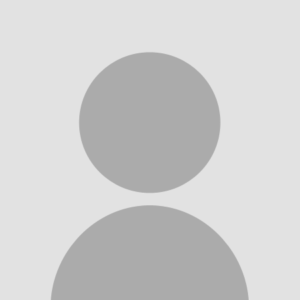 Maria Bacha was born in Athens, Greece, 1976.
​She studied painting and printmaking at the Athens School of Fine Arts. Following she received her Master’s degree in Performance costume at the Edinburgh College of Art in Great Britain.
​Since 2001 she has realized four solo exhibitions in Greece and has participated in several group exhibitions in Greece and abroad (Italy, Cyprus, Turkey, Great Britain).
​She has illustrated plenty books for children and has designed costumes and settings for a number of theatrical plays.
​Her illustration and drawing work has received many awards, including the National Children’s Book Illustration Award 2008. 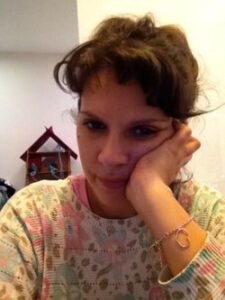 Maria Baloutsou is a graduate of the Department of Theatre Studies in the University of Patras, as well as the School of Physical Theatre in London, where she mastered in Le Qoq’s method. Recently she completed her retraining in Kapodistriako University of Athens in the department in Special Education.
She is a member of the theatrical company Ab Ovo and also one of the creators of Bob Theatre Festival, the only festival for young theatre groups. Alongside, she’s been trained in street theatre, joggling and stilts, by HELIX, where she performed in numerous shows starting in 2005, and also in an Improvisation company along with Lambros Fisfis.
She’s been working in theatre, tv and cinema since 2005.
​In 2002 she began working as a theatre teacher in schools and other educational organizations and performed several shows for kids, as well as a shadow player in the side of Ilias Karellas. 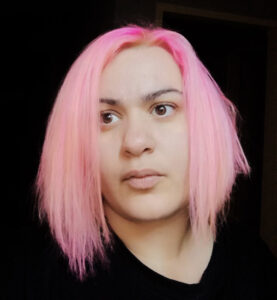 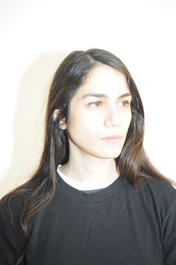 ​Νatasa Efstathiadi is a visual artist living and working in Athens. She studied art at the Athens School of Fine Arts and has participated in many group shows in Greece and abroad, and in one solo show at CAN gallery in Athens, in 2014. Since 2011 she has been a member of the art collective Arbit City Group which focuses mainly on issues relating to public space and the collective unconscious. Natasa studied scenography under Andreas Sarantopoulos at Vakalo School, as well as furniture making at Sivitanidios School.She is a member of the theatrical company Ab Ovo and also one of the creators of Bob Theatre Festival, the only festival for young theatre groups. Alongside, she’s been trained in street theatre, joggling and stilts, by HELIX, where she performed in numerous shows starting in 2005, and also in an Improvisation company along with Lambros Fisfis.
She’s been working in theatre, tv and cinema since 2005.
​In 2002 she began working as a theatre teacher in schools and other educational organizations and performed several shows for kids, as well as a shadow player in the side of Ilias Karellas. 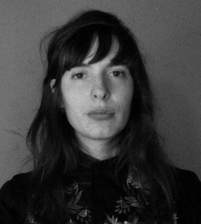